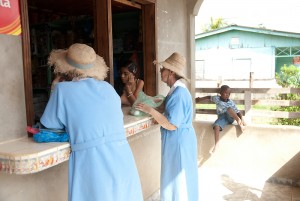 Should art be for the viewer or for the artist? For centuries, art was seen as as something talented people produced to bring aesthetics, or reminders of meaning, to the lives of viewers. (I began that sentence thinking only about beauty, but, even as I framed the words, examples of the use of art for meaning were lining up in my mind. Examples such as: Hieronymus Bosch and other religious art, 16th century still life paintings, and even early art, such as cave paintings and the petroglyphs of animals, hands, and other shapes found in American deserts.)

Meaning is no longer universal: we cannot assume out neighbour worships the same ancestor or god any more. Just this evening a man stopped me outside a city supermarket and said to me, “I want to tell you that Jesus loves you.” This statement warmed me, that someone would want to bring what he saw as essential hope to another, and yet this same offer of words could be received as something imprisoning or insulting rather than generous. Instead of assuming a shared spirituality, society now assumes universally shared interest in decoding our lives and meaning, particularly through examining personal experiences. 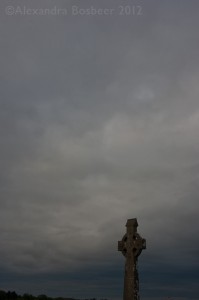 Being human and not entirely understanding our role in the universe is perhaps one of the most common aspects of humanness. It has motivated a good deal of religion and philosophy over the ages. Perhaps this is the reason that we accept, and even appreciate, self-reflective art. I am a proponent of explicit self-reflection and self-exploration. Being ignorant of our internal reasons and functioning prevents us from being fully human. But I also abhor the trend towards swimming in self-reflection without any progress towards change. We seem to desire to be understood, if only by ourselves – although taking any steps that self-relfection indicate may be necessary, may be a little less attractive. And self-reflection is a fun project but does not necessarily produce art. It is self-therapy. The project is fun because of the impact of reviewing the work on the maker. But it is not art.

I wandered today into an exhibition by a photographer of mixed cultures, some of which were digitally altered images to splice an image of herself as a adult into family snaps of childhood holidays. The splicing was seamless, the idea cute, and the result looked like a family snap of an older sister and younger sister. But it didn’t bring more meaning to my life, nor were they particularly beautiful. The meaning of re-visiting childhood haunts is internal. I have myself visited a yew tree that was pivotal in a certain time of my childhood, and even found my way up the stepped branches despite the shock of unsympathetic pruning. But it is not an experience to share. My thoughts about what the tree meant to me are unformed. The meaning of the re-visit is interesting only after I’ve reflected on the tree and incorporated any realizations into my life today. Buy itself, it is just a childhood memory, and not as interesting as a tree climbed higher or more daringly or which inspired a lifetime of canopy research. What might be something to share is how the world is improved by understanding the importance of climbing trees to a better world.