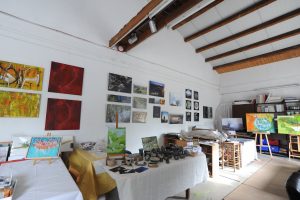 During the Open Studios last week, a visitor stated to me, that my art is not political. My surprised expression might have been the reason she then said, ‘or, do you mean it to be political?’

All art is political, I wanted to say. Some is more subtle than others: my studio-neighbour Hermann Josef Hack‘s art communicates very distinct and direct messages. I gazed at my nature photographs and considered whether the call to conserve and protect nature that I feel must follow logically from appreciating it, is as clear to viewers as I might hope.

I think it is. 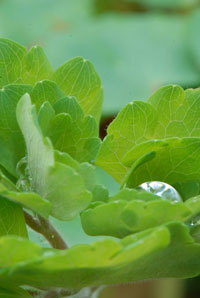 A photograph might inspire one to notice the beauty of nature. Possibly love of beauty is innate in humans. Or, perhaps one should say that those visual images to which we are attracted, are the ones we call beautiful. A photograph can bring a certain perspective to the viewer. Macro photography can show amazing tiny details in plants and animals, when we look closely. A landscape photo can similarly show us beauty where we hadn’t previously looked, such as with Daragh Muldowney‘s landscapes and abstracts. An aerial photograph gives us a new perspective – have a look at some of the low aerial shots by Volker Lannert taken from drones.

What makes art political? I would say art that inspires a different perspective is political. Ideally, the new viewpoint might be paired with action: it is deeds that create the world we live in, and deeds which will re-form it. A photo that holds the eye, that brings contented pleasure with its beauty or stimulates questions and engagement, this photo is political. We would be poor creatures if not inspired to protect beauty, if not moved by the perspective in the photos we like.

Nature is both relatively easy to capture in a photograph and also an easy target for protection, at least when speaking generally. It is the rare person who advocates, for example, removing all forest or covering or diverting all waterways. The tragedy in nature protection is that too many people let nature lose in specific conflicts. So, for example, green areas are turned into housing estates by repeated ‘once-off’ decisions. Or, gardeners appreciate pollinators but still choose to use pesticides to protect some valued crop or garden plant. The importance of pollinators in maintaining our wild plant populations must be laid out in text, in order to bring new understanding to the viewer. The beautiful image of a flower acts as an opener, hopefully opening minds to understanding that the flower’s function is to create seeds so that the plant population can continue, and evolve, and that seeds will form only with pollination.

Political photography is not confined to nature images. The beauty in nature is generally undeniable; the perception of natural beauty is fairly universal. Human psychology means we all have appreciation for water, for curved lines, for colours. 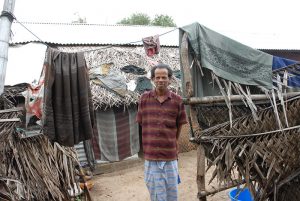 In contrast, photographs of people and of urban environments are more obviously interpreted by each viewer, through a built-in social filter. So, for example, a current photography project ‘seeking beauty’ seems to include mostly young women with smooth skin and bright eyes – it is political, albeit reinforcing established attitudes rather than change. In contrast, former model Sara Menotti’s ‘Quest for Beauty’ project broadens the defintion of beauty, as do projects which include people with disabilities among the models. And what about projects of people that do not focus on beauty? I find the simple contact – our human expressions – can help point out that we are not so different from other humans. That change of view might come through recognising our shared humanty.